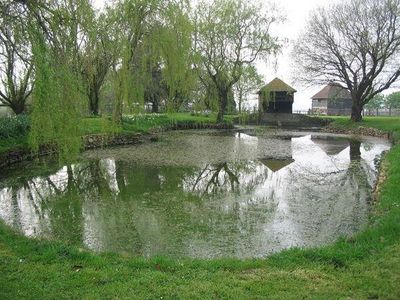 Brewham is a civil parish in Somerset, England, consisting of the villages of North Brewham and South Brewham, on either side of the river in the Brue Valley 3 miles east of Bruton and 9 miles south-west of Frome in the South Somerset district. The parish has a population of 441.
The name of the villages comes from the settlement on the River Brue. In 1066 it was held by Robert son of Wimarc the Staller but after the Norman Conquest was given to William de Moyon is mentioned as a manor belonging to William de Moyon who gave it to his son, William de Mohun of Dunster. Later the manor was given to Bruton Abbey until the Dissolution of the Monasteries when it was granted to Sir Maurice Berkeley.