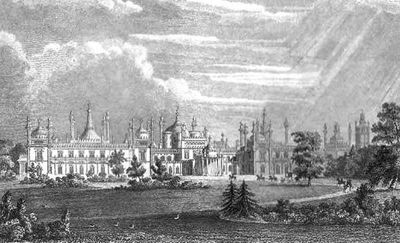 Brighton () is a constituent part of the city of Brighton and Hove, a former town situated on the southern coast of England, in the county of East Sussex. It is best known as a seaside resort and is positioned 47 miles south of London. It was created from the neighbouring but formerly separately governed towns of Brighton and Hove.

Archaeological evidence of settlement in the area dates back to the Bronze Age, Roman and Anglo-Saxon periods. The ancient settlement of "Brighthelmstone" was documented in the Domesday Book . The town's importance grew in the Middle Ages as the Old Town developed, but it languished in the early modern period, affected by foreign attacks, storms, a suffering economy and a declining population. Brighton began to attract more visitors following improved road transport to London and becoming a boarding point for boats travelling to France. The town also developed in popularity as a health resort for sea bathing as a purported cure for illnesses.