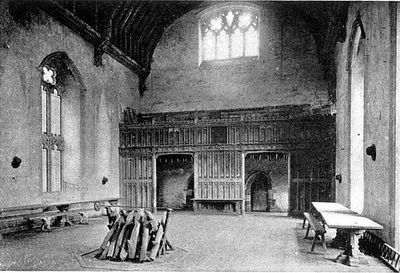 Penshurst Place is a historic building near Tonbridge, Kent, 32 miles south east of London, England. It is the ancestral home of the Sidney family, and was the birthplace of the great Elizabethan poet, courtier and soldier, Sir Philip Sidney. The original medieval house is one of the most complete surviving examples of 14th-century domestic architecture in England. Part of the house and its gardens are open for public viewing. Many TV shows and movies have been filmed at Penshurst.

The ancient village of Penshurst was situated within the manor of that name: the manor appears as Penecestre or Penchester, a name adopted by Stephen de Penecestre, Lord Warden of the Cinque Ports, who possessed the manor towards the end of the 13th century.