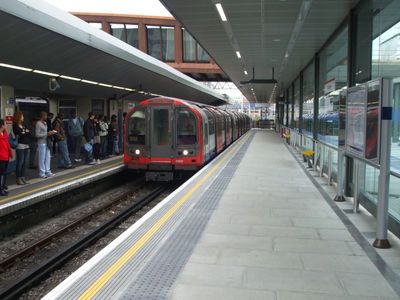 Stratford station is a large multilevel railway station in Stratford, east London. The station is served by National Rail services operated by Abellio Greater Anglia, London Overground and c2c, by London Underground's Central and Jubilee lines, and by the Docklands Light Railway (DLR). Stratford is in London Travelcard Zone 3, and Network Rail owns the station. To distinguish it from Stratford-upon-Avon, this station is called Stratford (London) by National Rail, and is sometimes referred to as Stratford Regional to distinguish it from Stratford International station some 1,210 feet (370 m) away. The station served as a key arrival point for the London 2012 Summer Olympics and Paralympics.