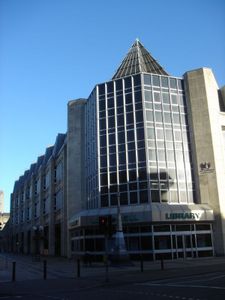 The construction of the extension cost a total of £675m and brought Cardiff within the top five shopping destinations in the United Kingdom. The centre consists of original the first phase, St David's Centre, adjoining St David's Hall and the second phase, given the development name of St David's 2. The second phase of the shopping centre, opened on 22 October 2009, when the first 58 of its 88 stores opened for business.