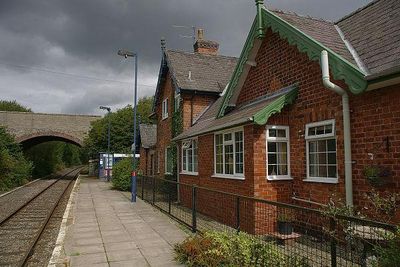 The station is situated in a very rural area; the nearest sizeable settlement is Hopton Castle and further afield are the larger villages of Clungunford and Leintwardine . The station was for a number of years the least used National Rail station in Shropshire, however passenger numbers have recently increased and now Broome is the county's least used station.