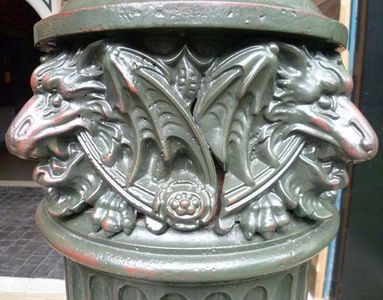 The Museum of London documents the history of the UK's capital city from prehistoric to modern times and is located in the City of London on the London Wall, close to the Barbican Centre and is part of the Barbican complex of buildings created in the 1960s and 1970s to redevelop a bomb-damaged area of the City.

The museum is a few minutes' walk north of St Paul's Cathedral, overlooking the remains of the Roman city wall and on the edge of the oldest part of London, now its main financial district. It is primarily concerned with the social history of London and its inhabitants throughout time. The museum is jointly controlled and funded by the City of London Corporation and the Greater London Authority.