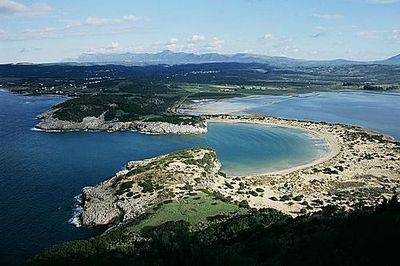 I discovered this place more than 20 years ago when I was a student creating a soil map of the Bay of Navarino. That bay is the place where the fire of the Greek Independence was lit. It is also loaded with Greek mythology: Telemachus washed ashore here in this bay when he was on his way to Nestor of Pylos for advice. And the cave a few hundred yards from the bay, was the cave where Apollo hid his bulls. Nature copied the belly of the bull creating this bay. The name "Voido-Kilia" literally means "bull belly.