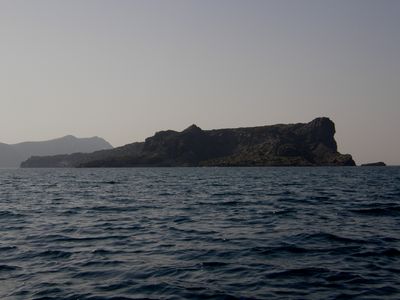 It is located in the middle of the caldera, indicating that the volcano is still active.

The caldera was created in 1450 BC after a major eruption creating a layer of pumice of 13 m thick on the island. The collapse of an area of 84 km² caused an enormous tidal wave of 250m high and a speed of 350 km/h. Some say that this tidal wave destroyed the great civilisation of Minos on Crete.