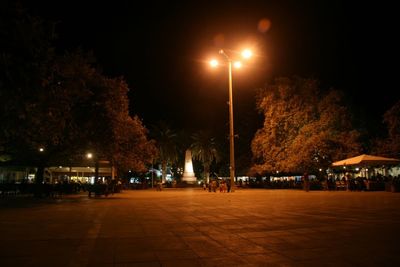 The Plaltia (square) of Pylos, officially the Trion Navarchon Square, is the hart of the town. Here arrive the major roads leading to the city. It is as well the economic as the social centre of the town.

The square and the arched gallery around it was designed by the French in the 19th century after they faught and won the Battle of Navarino.

On the square, you can still see the monument referring to the Battle of Navarino and the three allied nations (the French, the English and the Russians) who took it up against the Turks and the Egyptian fleet, located in the bay of Navarino.

This platia is one of the most beautiful platia's of Greece.