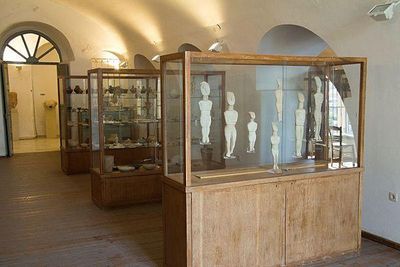 This newly declared historical monument is located in a Venetian building, built some time between 1600 and 1800 for the Jesuit school established in 1700, later becoming the Archaeological Museum in 1972.