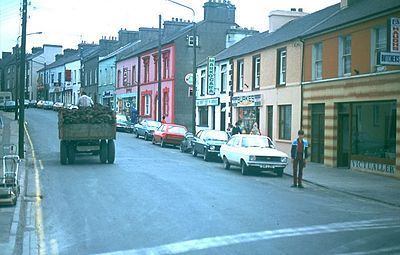 Castlerea is the second largest town in County Roscommon, Republic of Ireland. It is located in the west of the county and, as of 2011, has a population of 3,055. Roughly translated from Irish, Castlerea can mean Brindled Castle or King's Castle . The town is built on the banks of the River Suck and the River Francis, both of which are tributaries of the River Shannon.

Clonalis House, located in the west of Castlerea, is the ancestral home of the Clan O'Conor, the last of the High Kings of Ireland. The O'Conor dynasty produced eleven high kings of Ireland and twenty-four kings of Connacht.