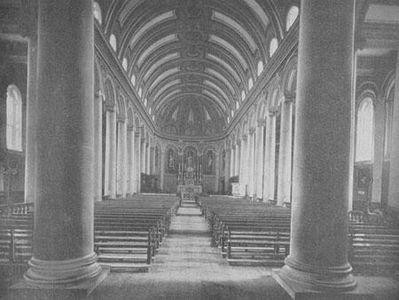 The Cathedral Church of St Mel is the cathedral church of the Diocese of Ardagh and Clonmacnois, located in the town of Longford in Ireland. Built between 1840 and 1856, with the belfry and portico as later additions, it has been considered the "flagship cathedral" of the Irish midlands region, Longford's "landmark building" and "one of the finest Roman Catholic churches in Ireland". The cathedral is dedicated to Saint Mél , who came to Ireland with Saint Patrick and who was ordained bishop at Ardagh, County Longford.

On Christmas Day 2009 the cathedral was destroyed by a fire in the early hours of the morning. The restored cathedral re-opened in December 2014.