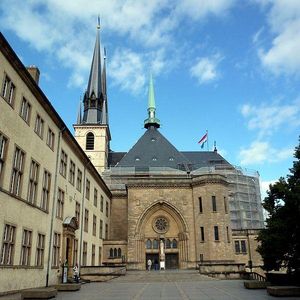 Christianity spread in Luxembourg from the city of Trier, along the Roman roads. The episcopal organisation of the area started in the late 3rd century with Euchaire and Maximin of Trier, and in the early 4th century, Materne of Cologne. The Christianisation of rural areas only came much later. Rural populations remained strangers to Christianity despite scattered islands in Arlon, Bitburg, Altrier and Dalheim. In the late 5th century, the Church was cut off from the power held by the new, Frankish arrivals, who were dedicated to the cult of Odin.