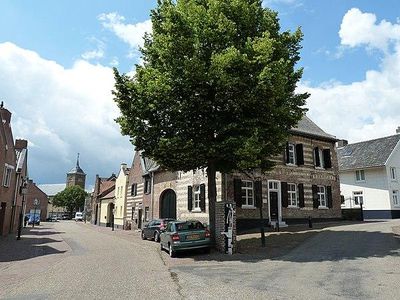 The village was first mentioned in 1153 as Ouermunte. The current name means "mouth of the Ur", however the Ur has later moved to village. Urmond developed on the higher bank of the Maas. In 1400, it became part of the Duchy of Jülich.The Old St Martinus Church was built between 1791 and 1793. The medieval tower was placed in 1841. The cemetery is artificially heightened. In 1695, a Dutch Reformed church was built in Urmond which is exceptional in Limburg.