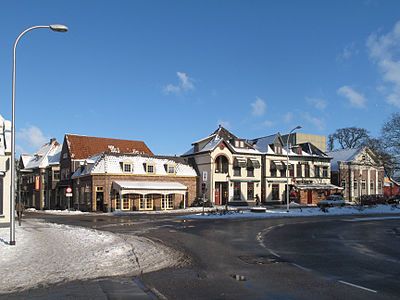 Lochem is a municipality and a city in the eastern Netherlands. On 1 January 2005, the municipality merged with the municipality of Gorssel.
Lochem, 18 km east of Zutphen, received city rights in 1233. Until the 17th century, it was often besieged and burnt down. After 1700, it became a small market town for the farmers in its surroundings.