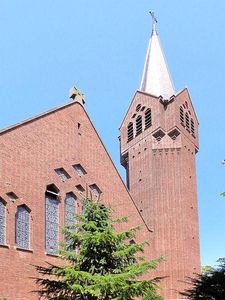 Bolsward , West Frisian: Boalsert) is a city in Súdwest-Fryslân in the province of Friesland, the Netherlands. Bolsward has a population of just under 10,200. It is located 10 km W.N.W. of Sneek.The town is founded on three artificial dwelling mounds, the first of which was built some time before Christ.During the Middle Ages, Bolsward was a trade center and port city connected to the North Sea via the Middle Sea. This connection was lost when the Middle Sea was reclaimed to form arable land. After this, a canal was dug to the Zuiderzee. The town is first mentioned in AD 725.