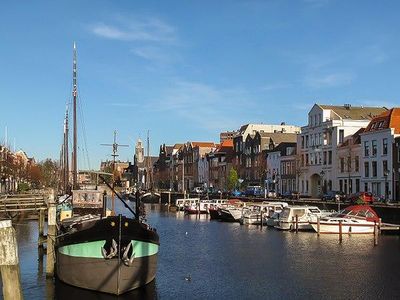 Delfshaven is a borough of Rotterdam, Netherlands, on the right bank of river Nieuwe Maas. It was a separate municipality until 1886.

The town of Delfshaven grew around the port of the city of Delft. Delft itself was not located on a major river, so in 1389 a harbour was created about 10 km due south of the city, to be able to receive seafaring vessels and avoid tolls being levied by the neighbouring and competing city of Rotterdam. This settlement was named Delfshaven .