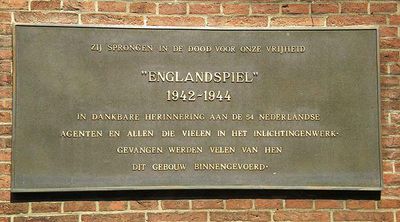 The Binnenhof ɦɔf]; English: Inner Court) is a complex of buildings in the city centre of The Hague, Netherlands, next to the Hofvijver lake. It houses the meeting place of both houses of the States General of the Netherlands, as well as the Ministry of General Affairs and the office of the Prime Minister of the Netherlands. Built primarily in the 13th century, the Gothic castle originally functioned as residence of the counts of Holland and became the political centre of the Dutch Republic in 1584. It is counted among the Top 100 Dutch heritage sites. The Binnenhof is among the oldest Parliament buildings in the world still in use.