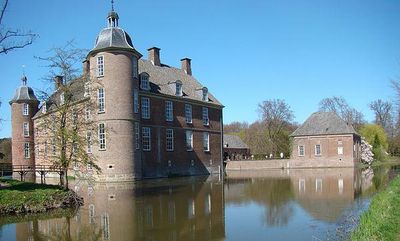 Slangenburg Castle is a castle in the municipality of Doetinchem in the province of Gelderland in the Netherlands. The castle is located in the forest of the same name between the towns of Varsseveld and Doetinchem, about 5 kilometers from the latter.
Slangenburg Castle was constructed in the Late Medieval period. In the 17th century the castle became the property of General Frederik Johan van Baer, also known as General Slangenburg, who rebuilt it for residential purposes.