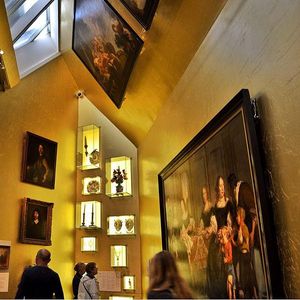 The Amsterdam Museum, until 2011 called the Amsterdams Historisch Museum, is a museum about the history of Amsterdam. Since 1975, it is located in the old city orphanage between Kalverstraat and Nieuwezijds Voorburgwal.

The museum opened in 1926 in the Waag, one of Amsterdam's 15th-century city gates. It has been located since 1975 in a former convent that was used from 1581 onwards as Amsterdam's municipal orphanage. The building was extended by Hendrick and his son Pieter de Keyser, then rebuilt by Jacob van Campen rebuilt it in 1634. The orphanage operated in this building until 1960.`