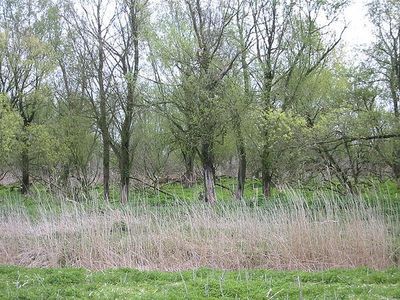 The Oostvaardersplassen ]) is a nature reserve in the Netherlands, which is managed by the State Forestry Service. Covering about 56 square kilometres , it is noted as an experiment of rewilding. It is in a polder which was created in 1968; by 1989, its ecological interest had resulted in its being declared a Ramsar wetland. It became part of Nieuw Land National Park when it was created in 2018.

The Oostvaardersplassen are located in the municipality of Lelystad, between the towns of Lelystad and Almere, in the province of Flevoland in the Netherlands. The area of 56 square kilometres is situated on the shore of the Markermeer in the center of the Flevopolder. The Oostvaardersplassen can be divided into a wet area in the northwest and a dry area in the southeast.