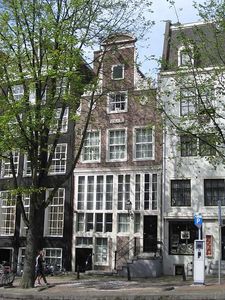 The Leidsegracht was part of the Expansion of Amsterdam and marked the border between the first and the second phase of the construction of the Grachtengordel .
Between 1615 and 1658, the Leidsegracht was the southern boundary of the city.
The canal got its name in 1658 and is named after the city of Leiden.