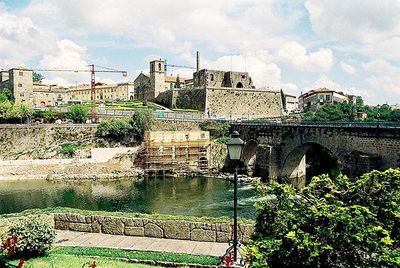 Barcelos is a city and a municipality in Braga District in the Minho Province, in the north of Portugal. The population in 2011 was 120,391, in an area of 378.90 km2. With 60 parishes, it is the municipality with the highest number of parishes in the country. It is one of the growing municipalities in the country, and is well known by its textile and adobe industries.

Originally a Roman settlement, it expanded and became the seat of the First Duke of Bragança in the 15th century. The palace of the Dukes of Bragança was destroyed by an earthquake in 1755 and is now an open-air museum.