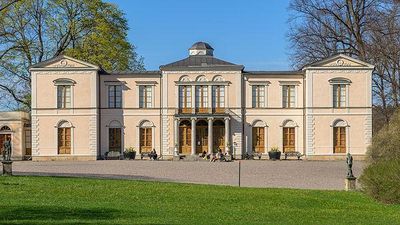 Rosendal Palace is a Swedish palace pavilion located on Djurgården, an island in central Stockholm. It was built between 1823 and 1827 for King Karl XIV Johan, the first Bernadotte King of Sweden. It was intended as an escape from the formalities of court life at the Royal Palace.