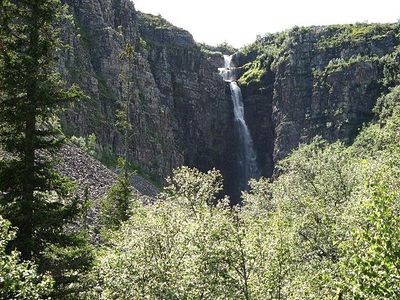 Fulufjället National Park is a national park in central Sweden. Its total area is 385 km2 , located entirely within Älvdalen Municipality in the province of Dalarna. It is named after the mountain Fulufjället, 1,044 m high. It covers the Swedish part of the Fulufjället massif, which is the southernmost part of the Scandes in Sweden. The Norwegian part of the massif is protected by Norway's Fulufjellet National Park.

The park is one of Sweden's most recent, inaugurated in September 2002 by King Carl XVI Gustaf at a ceremony attended by a few thousand spectators. The park has become one of the initial PAN Parks, an international project to combine preservation with tourism.