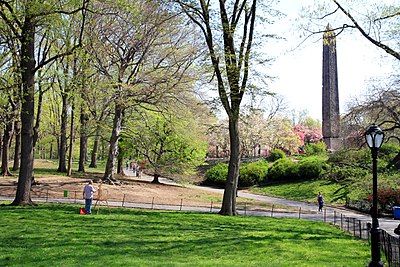 Cleopatra's Needle is the popular name for each of three Ancient Egyptian obelisks re-erected in London, Paris, and New York City during the nineteenth century. The obelisks in London and New York are a pair, and the one in Paris is also part of a pair originally from a different site in Luxor, where its twin remains. Although all three needles are genuine Ancient Egyptian obelisks, their shared nickname is a misnomer, as they have no connection with the Ptolemaic Queen Cleopatra VII of Egypt, and were already over a thousand years old in her lifetime. The London and New York "needles" were originally made during the reign of 18th Dynasty Pharaoh Thutmose III. The Paris "needle" dates to the reign of 19th Dynasty Pharaoh Ramesses II and was the first to be moved and re-erected. The New York "needle" was the first to acquire the French nickname, "L'aiguille de Cléopâtre", when it stood in Alexandria.
The London needle is in the City of Westminster, on the Victoria Embankment near the Golden Jubilee Bridges.