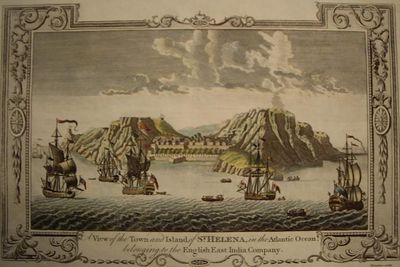 In a letter to the Geological Society, Charles Darwin mentioned that this island was very different from most Volcanic Islands. Its structure is rather complicated. With a guide he wandered over the island, noting its complex sloping strata showing fault lines, interlaced with volcanic dykes. He examined beds high on the hill which had been taken as seashells showing that St. Helena had risen from the ocean in recent times, but Darwin identified them as extinct species of land-shells.

He noted that woodland had been destroyed by goats and hogs which had run wild since being introduced in 1502, and native vegetation only predominated on high steep ridges, having been replaced by imported species.