The day and the place Thomas Becket was murdered 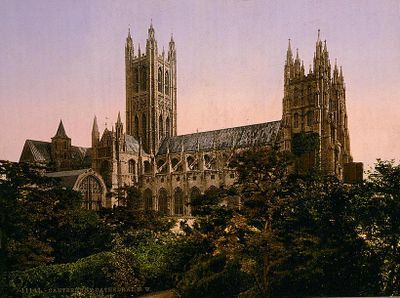 On 29th December 1170 Archbishop of Canterbury, Thomas Becket, was murdered in his own cathedral by four knights, believing they were acting on direct orders from King Henry II. He subsequently became a saint and martyr in both the Anglican Church and the Roman Catholic Church.

Find out more about the spot.