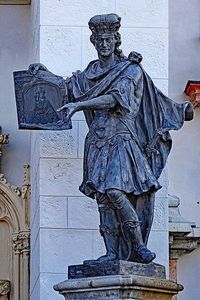 Mariazell Basilica, also known as Basilica Mariä Geburt , is a Roman Catholic church building in Mariazell, Austria. It is the most important pilgrimage destination in Austria and one of the most visited shrines in Europe. In the church, a miraculous wooden image of the Virgin Mary is venerated.Pope Pius X personally raised the sanctuary to the status of a minor basilica by a Motu proprio on 10 November 1907. Later, he ensured the coronation of the Marian image by a decree on 8 September 1908. Mariazell is the only church named as a national shrine of all German-speaking countries.