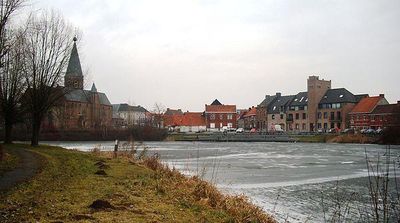 Zulte is a Belgian municipality located in Flanders and in the Flemish province of East Flanders. The municipality comprises the towns of Machelen, Olsene and Zulte proper. On January 1, 2006, Zulte had a total population of 14,611. The total area is 32.52 km² which gives a population density of 449 inhabitants per km².

The town used to have its own beer since 1891 but today they are part of Alken-Maes breweries. The main football club from Zulte merged with KSV Waregem to form a team called SV Zulte Waregem that plays in the Belgian Pro League as of 2006.