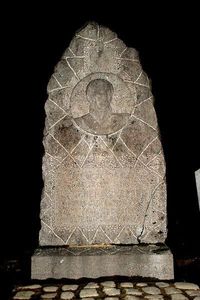 The Battle of Wavre was the final major military action of the Hundred Days campaign and the Napoleonic Wars. It was fought on 18–19 June 1815 between the Prussian rearguard, consisting of the Prussian III Corps under the command of General Johann von Thielmann and three corps of the French army under the command of Marshal Grouchy. A blocking action, this battle kept 33,000 French soldiers from reaching the Battle of Waterloo and so helped in the defeat of Napoleon at Waterloo.

Following defeat at the Battle of Ligny two days earlier, the Prussian army retreated north in good order and formed up at Wavre. Wellington's Anglo-allied army held at Quatre Bras, but had to retreat northwards, to a defensive position at Waterloo. Napoleon moved the bulk of his army off in pursuit of Wellington, and sent Grouchy in pursuit of the retreating Prussians with the right wing of the Army of the North , a force consisting of 33,000 men and 80 guns.