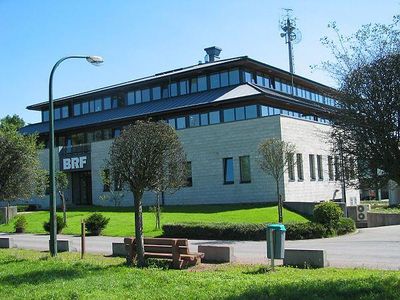 Belgischer Rundfunk is the public-service broadcasting organisation serving the German-speaking Community of Belgium. Based in Eupen, with additional studio facilities in Sankt Vith and Brussels, BRF produces one television and three radio channels.