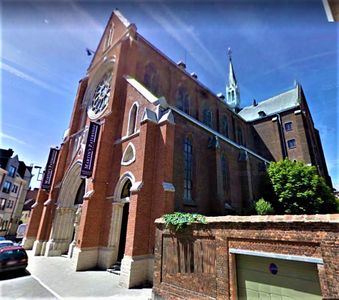 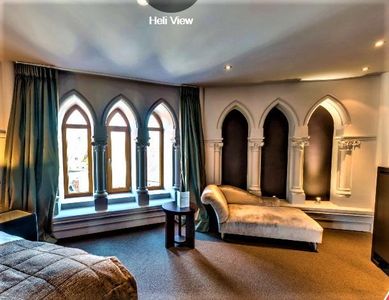 In 2000 the developer of the IBO project bought the Minderbroedersklooster . The monastery garden became the city park , the monastery was converted into residential buildings and the church was given a new purpose as a hotel.

In the late 1990s the last brothers left their convent on Karmelietenstraat in Mechelen, the church was put up for sale as office space but there was little enthusiasm for it. After considering a number of options, Martin's Hotels came up with the idea of converting the church into a hotel in 2006.

The original plans were well received. The hotel opened on May 18, 2009.

From the outside , almost nothing indicates that you are not entering a traditional church , but once inside, you enter a whole new world and the extraordinary atmosphere of Martins Patershof. The rooms are located in the old nave and are bathed in heavenly light.

Every year you have the opportunity to visit the church hotel during the neighborhood festival.