Basilica of Our Lady of Hanswijk - Mechelen

Belgium » Antwerp » Mechelen » Basilica of Our Lady of Hanswijk - Mechelen 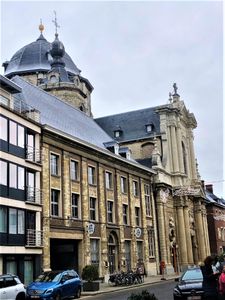 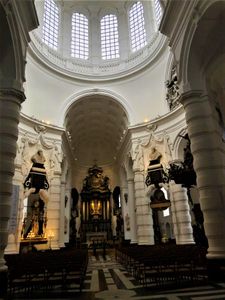 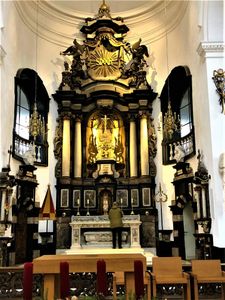 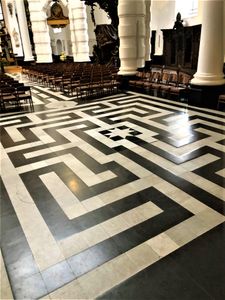 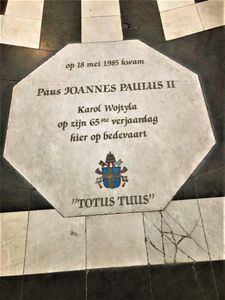 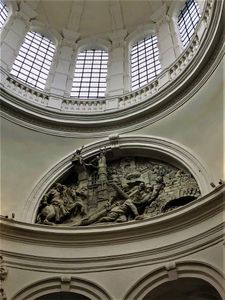 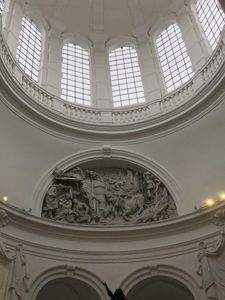 The Basilica Onze-Lieve-Vrouw-van-Hanswijk is a pilgrimage church dedicated by Pope John Paul II . was personally visited and later received the title of basilica from him.

There is a crypt under the basilica, in which various items related to Onze-Lieve-Vrouw-van-Hanswijk are on display. A special object is a rosary that Pope John Paul II . handed over personally during his church visit on May 18, 1985 . Next to the rosary is the papal charter that gave the church the title of basilica on October 6, 1987.

In 1985 a 65th anniversary memorial stone was erected at the back of the church.

The wooden statue of Mary venerated in the Basilica of Onze-Lieve-Vrouw-van-Hanswijk has a centuries-old history. More than a thousand years ago Hanswijk was a village on the Dyle outside the walls of Mechelen . Around the year 988 a ship ran aground in the Dyle near Hanswijk. After a statue of Mary was brought ashore from the ship , the ship was able to proceed . For the believers a sign that Mary wanted to be honored here.

First the miraculous statue of the Virgin Mary was venerated in a small chapel , then in a stone church . Rebellious beggars destroyed the foundation stone of the Hanswijkkerk in 1578. The second church that was built soon became too small. The city council therefore decided to build a new, much larger church . The work was commissioned to Mechelen architect and sculptor Lucas Faydherbe. He drew up the plans for today's baroque church building with the high dome . Work on the current basilica began in 1663 .

The construction of the church was accompanied by many difficulties. The supporting structures of the high dome threatened to collapse under the great weight. Therefore, Faydherbe was forced to reinforce the columns with bracing irons. He hid the tie rods and anchors with decorations , including four colonnades on which busts of the Fathers of the Church are placed. The dome of the Basilica of Our Lady in Hanswijk is an impressive piece of architecture.

Above the columns that support the dome are also two large reliefs , also by Lucas Faydherbe. The two reliefs represent resp. the Fall of Jesus under the Cross and the Adoration of the Shepherds .

Also note the maze in the floor at the back of the basilica. This labyrinth was created in 1892 during the restoration of the church in Hanswijk. The path leads through many curves to the end point, which is in the center of the maze.

Did you know that a maze is the oldest and most unique form of maze and consists of only one path? A maze contains several roads and is a system of paths designed in such a way that it is difficult to find the way. A labyrinth is entered from one side and automatically leads the visitor to the end point. In short: you can get lost in a maze, you can find it in a maze.

The wooden statue of Onze-Lieve-Vrouw-van-Hanswijk is carried in a procession through the streets of Mechelen every year on the Sunday before Ascension Day .

According to legend, the people of Hanswijk brought the statue into the walls of Mechelen in 1272 because the region was being ravaged by the plague. The plague and other diseases soon disappeared. The population decided that a procession with the statue of the Virgin Mary should take place in Mechelen every year as a thank you, the so-called Hanswijk procession.