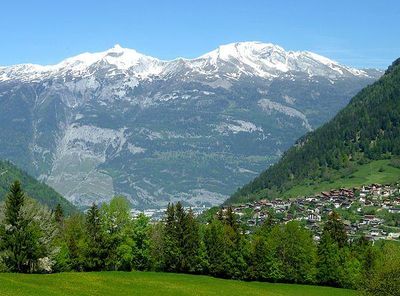 The Calanda is a mountain in the Glarus Alps with two main peaks Haldensteiner Calanda and Felsberger Calanda , both located on the border between the cantons of St. Gallen and Graubünden in eastern Switzerland. It looms over Chur, the capital city of Graubünden.

Although other peaks with 286 metres Topographic prominence would claim to be called mountain on their own, within this massive it is commonly spoken of only one mountain with different peaks due to its sole position - cut off by an old route of the Rhine river through Tamina Valley to its northwestern face and the actual Rhine Valley to the south and east.