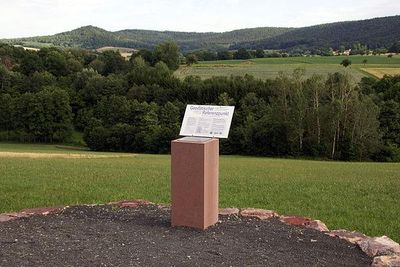 Westerngrund is a community in the Aschaffenburg district in the Regierungsbezirk of Lower Franconia in Bavaria, Germany, and a member of the Verwaltungsgemeinschaft of Schöllkrippen. From 2013 to 2020, the geodetic centre of the European Union was located within the community's boundaries.