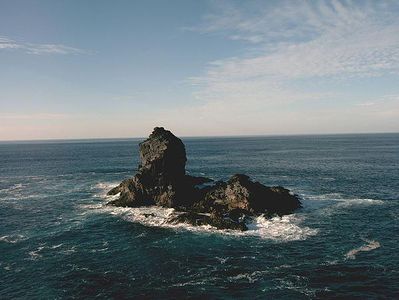 Garafía is a municipality in the island of La Palma, Santa Cruz de Tenerife . Located in the northwest of the island, in the middle od two whims of nature: the ravines of Franceses bordering Barlovento and Izcagua by the South , bordering Punta Gorda . The administrative capital, home to the City Council, is called Santo Domingo and has a length of 25.50 km coastline. with cliffs of incredible beauty but very steep and difficult to access, which can only be reached on foot, demanding a great effort to those not used to walking on rough terrain. Yes, their landscapes not leave anyone indifferent by the canopy of deep green vegetation that tupe those cliffs and see the ravines in contrast to the blue of the sky and its wild seas, as an example cited the gorgeous Beach Bujarén in Santo Domingo, with its roques; is the North of La Palma: a magical, unique, and unparalleled place.

It covers an area of 103 square kilometers being the largest municipality of the island of La Palma with an estimated population of 1,654 inhabitants population. Its administrative capital, Santo Domingo, where resides the City, is located at an altitude of 400 meters.