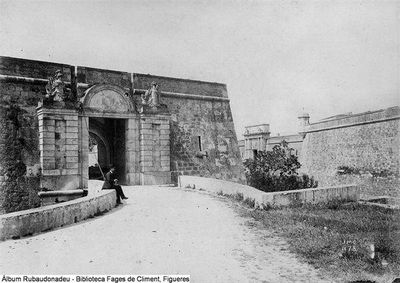 The Sant Ferran Castle is situated on a hill in Figueres, Catalonia at the end of Pujada del Castell. It is a large military fortress built in the eighteenth century under the orders of several military engineers, including Peter Martin i Cermeño Juan Martin Cermeño. It is the largest monument of Catalonia.

Following the negotiation of the Treaty of the Pyrenees, the Fort de Bellegarde in Le Perthus passed into the hands of the French state. To replace that bastion and to stop possible future invasions, it was decided to build a fortress on the hill in Figueres. The first stone was placed on December 13, 1753. The name of San Fernando was given in honor of King Ferdinand VI of Spain.