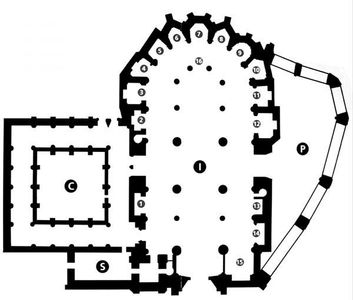 Santiago Cathedral is a Roman Catholic church in the city of Bilbao. The temple was originally built during the 14th-15th centuries as Bilbao's main parish church, and was only declared cathedral in 1950 when the Roman Catholic Diocese of Bilbao was officially created. Its origins probably date to well before the foundation of the city in 1300, when Bilbao was little more than a small enclave of fishermen.

The temple is consecrated in honor of the apostle Saint James the Great , by virtue of being a point of transit for the pilgrims that followed the Northern branch of the Way of Saint James.