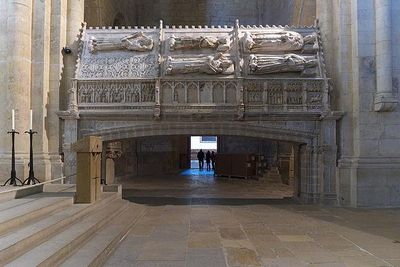 Poblet Abbey, otherwise the Royal Abbey of Santa Maria de Poblet , is a Cistercian monastery, founded in 1151, located at the foot of the Prades Mountains, in the comarca of Conca de Barberà, in Catalonia . It was founded by Cistercian monks from France on lands conquered from the Moors. The main architect was Arnau Bargués.

This monastery was the first of three sister monasteries, known as the Cistercian triangle, that helped consolidate power in Catalonia in the 12th century.