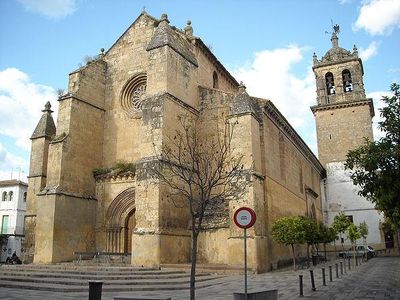 Santa Marina is a church in Córdoba, Spain. It is one of the so-called "Fernandinean Churches," built in Córdoba after Ferdinand III of Castile conquered the city in 1236 CE. The structure combines proto-Gothic, Mudéjar and, to a lesser degree, late-Romanesque elements.

The church, one of the oldest of the Fernandinean group, was built in the second half of the 13th century on the site of what had previously been a mosque and before that a 7th-century Visigothic church. No trace of these remains today.