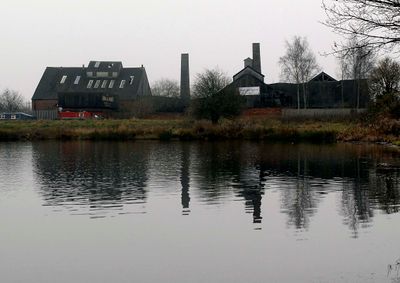 The Lion Salt Works is the last remaining open pan saltworks in Cheshire. It closed as a works in 1986 and is now preserved as a museum.

John Thompson Junior, a member of a family which had been making salt probably since the 18th century, started the Lion Salt Works when he built a salt pan in the coal yard of the Red Lion Hotel, Marston in 1894. During the 20th century more efficient methods of extracting and refining salt were developed and by 1960 the works was the only business continuing to use the open pan process in the country. The business closed down in 1986 when the West African markets, the major purchaser of natural salt, were lost because of the Nigerian Civil War.

The site is recognised as an Anchor Point of the European Route of Industrial Heritage.