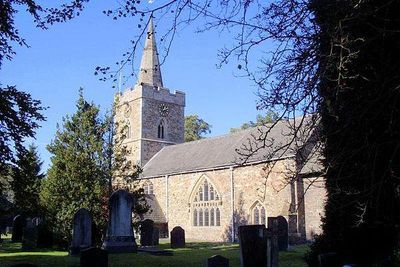 Newtown Linford is a linear village in Leicestershire, England. The population of the civil parish was 1,000 at the 2001 census, including Ulverscroft and increasing to 1,103 at the 2011 census.
It is located in a valley in the Charnwood Forest area, and has four access roads. The first is from Anstey, then there are roads which lead to the A50 at Groby and at Markfield . There is another road that leads out to the North, which splits towards Ulverscroft, or Loughborough, Woodhouse, Woodhouse Eaves, Swithland etc.