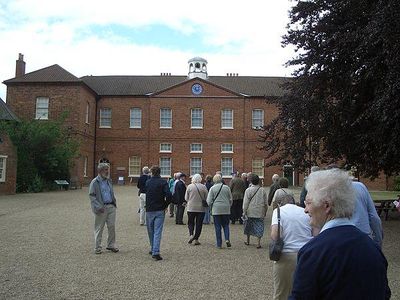 The Gressenhall Farm and Workhouse museum is located here, and a watermill dating from 1847.
The main buildings of the Gressenhall workhouse were built in 1777 when it was a house of industry. Here paupers would work under quite a strict regime in return for accommodation.