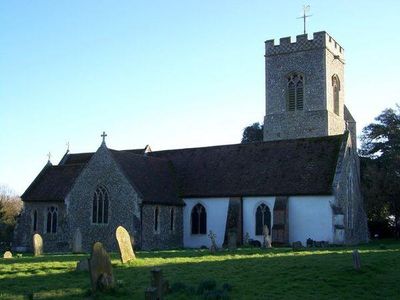 Stutton is a small village and a civil parish which is located approximately seven miles south of Ipswich in Suffolk, United Kingdom. Situated on the Shotley peninsula, the village has two pubs, a community shop, a primary school, a village hall, a vets and a hair salon, an 18th-century period self-catering holiday cottage, bed and breakfast, and a holistic therapy centre. The village church of St. Peter's lies almost a mile from the village centre.

The village is home to Stutton Hall, a 16th-century Tudor house. Stutton Hall was built by Sir Edmund Jermy c. 1550. The hall is a beautiful red brick house composed of an older east wing and a newer west wing.