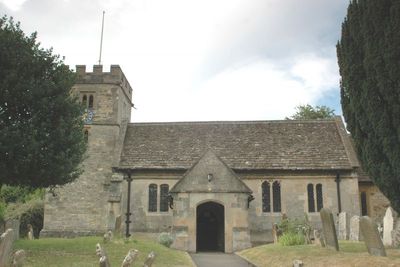 Marston is a village in the civil parish of Old Marston about 2 miles northeast of the centre of Oxford, England. It was absorbed within the city boundaries in 1991. It is commonly called Old Marston to distinguish it from the suburb of New Marston that developed between St. Clement's and the village in the 19th and 20th centuries. The A40 Northern Bypass, part of the Oxford Ring Road forms a long north-west boundary of the village and parish and a limb, namely a distributary, of the Cherwell forms the western boundary.

The toponym is said to come from "Marsh-town", because of the low-lying nature of the land, still green space, near the River Cherwell, which in earlier times was liable to frequent flooding.