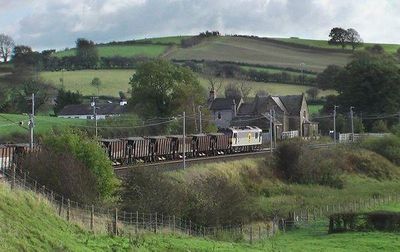 Holme is a village and civil parish in the South Lakeland district of Cumbria, England, about 2 miles north of Burton-in-Kendal and 3 miles south east of Milnthorpe. The parish had a population of 1,167 at the 2001 census, increasing to 1,486 at the 2011 Census.
Holme was originally a minor settlement in the parish of Burton-in-Kendal. It expanded following the completion of the Lancaster Canal in 1819, which provided a transport link for the mill at Holme Mills. The parish church of the Holy Trinity was built in 1839 to support the growing population, and the former school, now the parish hall, opened in 1840. The school was replaced in 1911 by a larger building on North Road, which still survives as Holme Primary School.