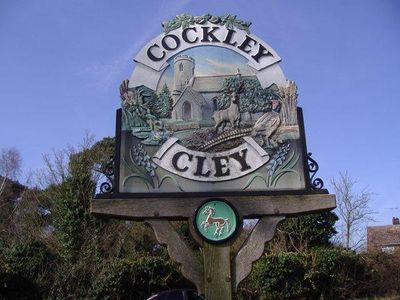 Cockley Cley is a village and civil parish in the English county of Norfolk.
It covers an area of 17.94 km2 and had a population of 138 in 58 households in the 2001 census, including South Pickenham and increasing to a population of 232 in 103 households at the 2011 Census. For the purposes of local government, it falls within the district of Breckland.

Its church, All Saints, is one of 124 existing round-tower churches in Norfolk but in 1991 much of the tower collapsed. The church was restored in 1866–88 by diocesan architect Richard Phipson. The interior was not harmed by the tower's collapse and exhibits the Victorian concept of how a church should look. The north arcade is 14th century, and it has been copied for the south arcade.