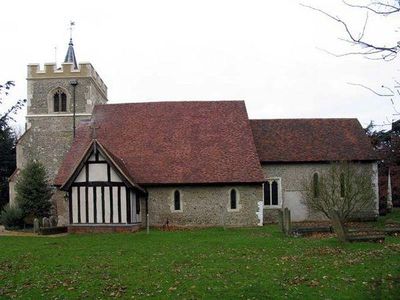 Tewin is an English village and civil parish in Hertfordshire, England between the towns of Welwyn Garden City, Stevenage, Welwyn and the county town Hertford, it is within commuting distance of London. The population of Tewin Parish was 1438 according to the 2001 census, increasing to 1,487 at the 2011 Census. Tewin village has a population of approximately half that of the whole parish, 720.

The village dates back, at least, to Anglo-Saxon times and its name has its origins in the English as spoken in that era.